The perfect haircut, whether it's for men or women, requires top precision and the right tools. As a leading manufacturer of professional hair clippers, MOSER supports hairdressers by offering multi-faceted seminars.

These seminars are exclusively held in cooperation with wholesale dealers and partners. If you are interested, please contact the corresponding organiser directly.
Please contact your distributor in your country.

These seminars are exclusively held in cooperation with wholesale dealers and partners. Please contact your distributor in your country.
Email: seminare@wahlgmbh.com

Classic hair clippers are no longer just a tool for traditional men's haircuts. As a modern styling tool, they can be used for perfect and creative men's and women's haircuts – with precise details, textured longer hair on top or clearly graduated cutting lines. And always straightforward and with styling versatility.

The slicing, texturing, blending and forming techniques of hairdressers reach a new dimension in which creativity and rationality become one. Whether its long hair, trendy short haircuts, bobs or progressive men's haircuts, everything is possible.

Meticulously combed, shaved partings, exquisitely cut contours, clean transitions – discover the world of barbering with looks from the 1920s to the 1960s. Using new trend looks, special barbering techniques with WAHL and MOSER hair clippers are conveyed, as well as interesting facts about tools and in-depth background information on the topic of barbering.

Men’s hairstyles are getting longer and wilder, but they can also be styled to be business-like. Discover how classic clippers can be used as a modern styling tool to creatively fashion the latest hairstyles for men – with precise detailing, soft transitions and textured longer hair on top.

Slicing, texturing, blending and shaping of men’s hairstyles is taken to a whole new level where creativity and rationality become one.

Traditional barbering is back in fashion!

Training covers classic cutting techniques using WAHL hair clippers based on styles from the 1920s to the 1960s and also provides the in-depth background knowledge and professional know-how to deliver a strikingly masculine look.

The MOSER Artistic Team Deutschland prides itself on being competent and creative. All members are not just highly knowledgeable when it comes to cutting techniques. They also display the creativity and passion needed to be successful. And that's exactly what they convey in a motivational and captivating manner.

That's how the team, in cooperation with the international network of educators, develops new trends and exclusive cutting techniques for hair clippers. Participating hairdressers benefit from the comprehensive expertise of the Artistic Team as well as the wealth of experience these experts have accumulated. 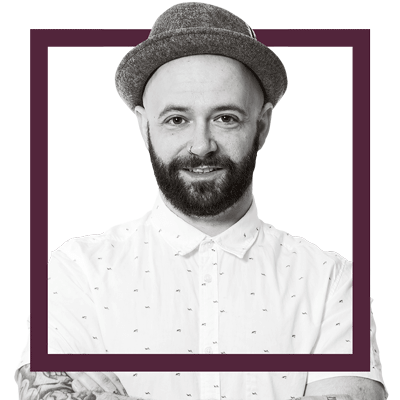 „Hair is a material in which I can lose myself. It is my goal to understand it“

Chris Mattick, Gunzburg
When he was 13 years old, Chris Mattick »somehow« cut the hair of his friends. He wanted to be a famous punk rocker. At the age of 19, he decided to become a hairdresser and embarked upon classic hairdresser‘s training.
In 2011, Chris Mattick opened his ﬁ rst salon in Günzburg. It is booked solid from the very ﬁ rst day and the German Magazine Clips selected it as »Salon of the month« in 2016. In this time, he also completed his studies at the master school.
Driven by his passion for coaching, he conducted his ﬁ rst seminars in 2012 and became a specialist trainer with aid from Wella. Using his philosophy that »Teaching always includes learning«, Chris Mattick nowadays works with great international success as a trainer and European ambassador for Excellent Edges (Australia), an educator for Imperial Barberproducts and for various hair cosmetics companies.
He has been a member of the WAHL & MOSER artistic team since 2016. 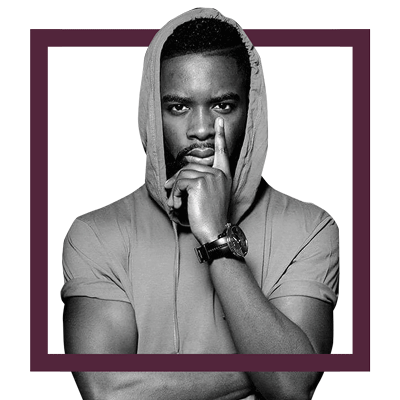 „When he was 14 years old, Winnario Rock-Smith purchased his first WAHL hair clipper. Inspired by American movies, such as „Barbershop 1-3“, as well as his brothers, he
currently is among Germany‘s best-known specialists for male afro hair.“

When he was 14 years old, Winnario RockSmith purchased his first WAHL hair clipper. Two years later, he launches his barbering career in the Afro Shop.

He begins his classic hairdresser‘s training in 2011 and opens his own salon and barbershop – Hair Kingdom in Düsseldorf – in 2015. In 2016, he becomes a finalist at the German Barber Awards. One year later, he founds his own academy and works as a trainer in the areas of classic barbering, afro hair and tribal hair tattoos.

He became a member of the WAHL & MOSER artistic team in 2017. 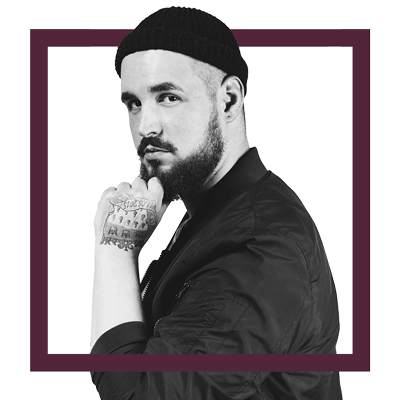 „As the last place of refuge for men of all ages, Elmar Heilf opened the Gentlemen Barber Clubs in Cologne. The cult barbershop was booked up immediately.“

Elmar Heilf / Gentlemen Barber Clubs, Cologne
Following a classic hairdresser's training in Germany's Sauerland region, initial international experiences as a rising barber in France and Spain as well as stints at various German salons, Elmar Heilf graduated from master school in 2012. Until 2015, he worked as manager in a medium-sized salon and he has been a member of the Chamber of Trade's board of examiners since 2016.
After a four-year planning phase, he opened the Gentlemen Barber Clubs in Cologne on 11 May 2015 as “the last refuge for men of all ages”. Against all odds, the iconic barbershop was booked up immediately.
He became a member of the WAHL & MOSER artistic team in 2016. 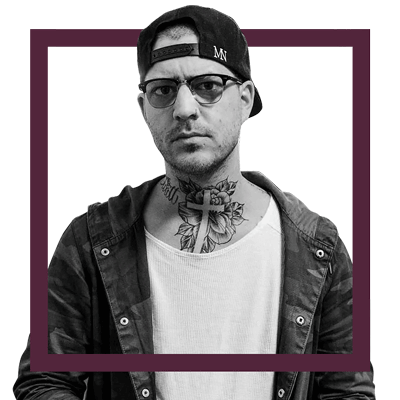 „The fan of FC Cologne has been there from the start – since the iconic barbershop Gentlemen Barber Clubs was founded in Cologne in 2015.“

Felix Hohleich / Gentlemen Barber Clubs, Cologne
Born in Engelskirchen, Felix Hohleich wanted to become a professional footballer. Following a multi-year stay in Moscow with his family, and after graduating from school in Gummersbach, he began a classical hairdresser's training with Udo Landsberg, the 1989 world champion in the men's hair category.
Stints at various salons for men followed. In the meantime, he is an instructor and does shows for Jaguar, the Cologne chamber of crafts as well as modelling gigs for different photographers.
The fan of FC Cologne has been there from the start – since Elmar Heilf founded the iconic barbershop Gentlemen Barber Clubs as a "last place of refuge for men of any age" in Cologne in 2015.
He became a member of the WAHL & MOSER artistic team in 2016. 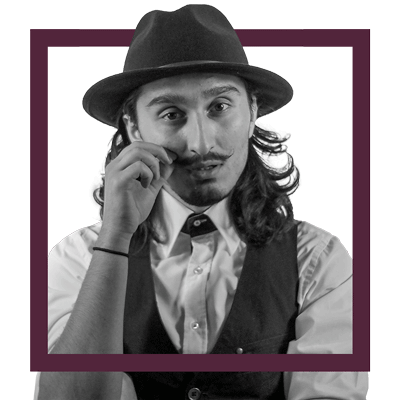 „When he was 15 years old, Enes Dogan earned his first
pocket money by working for a well-established barber. Now, he is a successful trainer for different hair cosmetics companies and joined the WAHL Professional Artistic Team in 2017.“

When he was 15 years old, Enes Dogan earned his first pocket money by sweeping floors and washing hair for a well-established barber – until the first customer finally dared to get a cut from him.

At age 17, he began his classic hairdresser‘s training. After graduating master school, the business economy graduate became self-employed in 2014 and worked as a stylist across Germany. One year later, he continues his training and becomes a makeup artist. Going forward, he also works at the Berlin and Istanbul fashion weeks.

In 2015, he holds his first barbering seminars and gets a
contract as a trainer from davines. In 2016, Enes Dogan is named one of Germany‘s top 5 barbers at the German Barber Awards.

Now, he is a successful trainer for different hair cosmetics companies and joined the WAHL & MOSER artistic team in 2017. 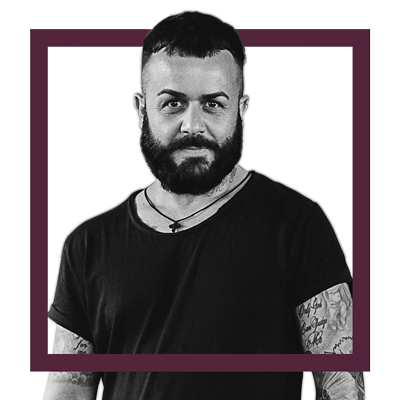 „Vaios Robos is a specialist for men's haircuts and opened his own salon in Hockenheim in 2012. He has been very successful and won various awards. Most recently he was crowned state champion at the Master of Hairstyling Award 2017. “

Vaios Robos has always wanted to become a hairdresser. After graduating Master School, he opened his own salon – "Flying Scissor" in Hockenheim. With a strong focus on his customers and a good instinct for trends, he has become a staple in the industry since then.
He has celebrated many successes throughout his career. Among the biggest were being crowned runner-up in the 2007 Baden-Württemberg state championship, a German championship in Semi-Hair Tattoos, a victory at the 2009 Southern Germany Grand Prix and, most recently, he was crowned state champion at the Master of Hairstyling Award 2017.

Vaios Robos is a specialist for men's haircuts and fulfilled a dream when he opened the "Gentlemen’s Lounge" in 2017.

He became a member of the WAHL & MOSER artistic team in 2016. 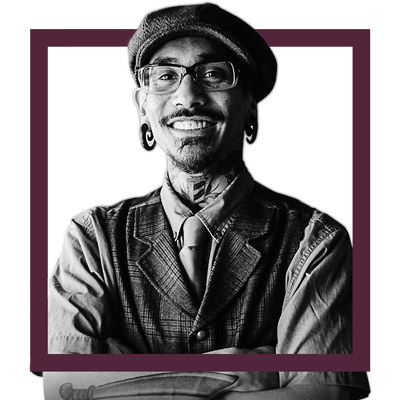 Gio ‹the new kid› is an exceptional barber who is well-known on the international barbering scene. No surprise here – he comes from the world’s most famous barbershop: Schorem. He worked there for several years as shop manager and educator. He travels the world as a stage artist, educator and judge for prestigious barbering competitions. In 2018, he opened his own shop in Rotterdam: Gio’s Chop Shop, and since that date has been a member of the WAHL & MOSER artistic team.

by brain at work